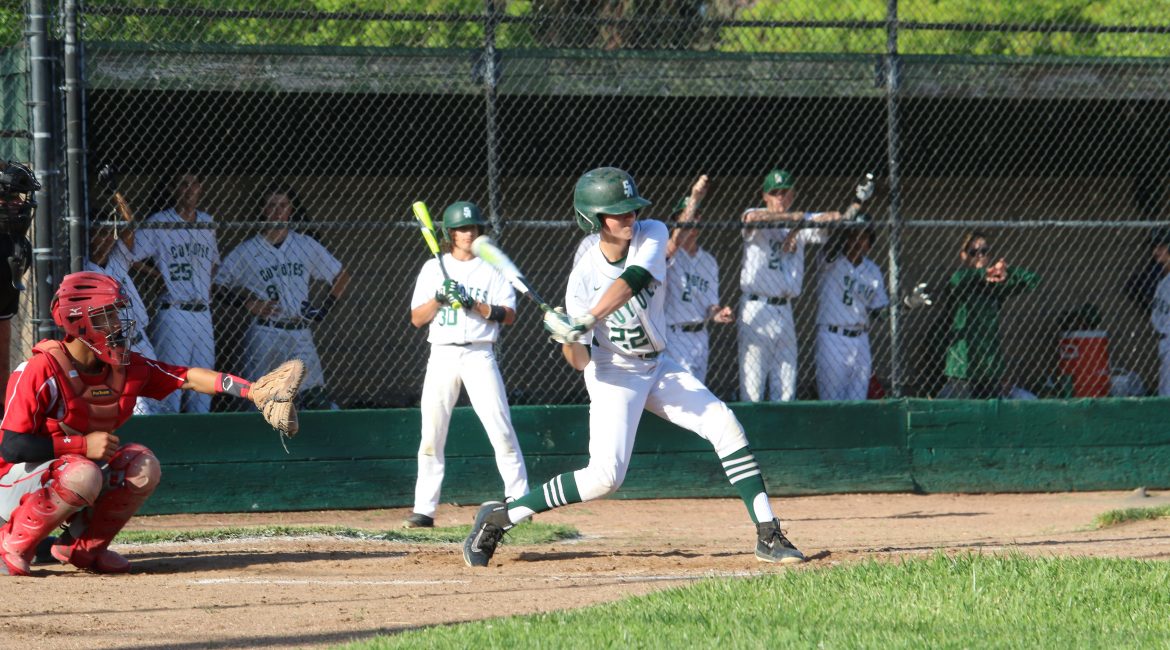 Baseball season is coming to a close, and league playoffs begin this week for the NBL and SCL, and still some small school showdowns this week to end their regular season.
Sonoma County League:
Petaluma wins the last SCL title and first since 2015. They’ve pretty much dominated the competition with the exception of a few road hiccups. Blake Buher, Nick Andrakin, and Danny Marzo have logged heavy innings for the Trojans, leading them to a 16-8 overall record. They are the number one seed and play El Molino Tuesday at 7pm at Arnold Field, a team they lost to last week. Piner is the two seed and plays three seed Analy Wednesday. The two winners meet Thursday at 7pm.
North Bay League
Maria Carrillo had a chance to clinch a share of the NBL championship but lost big to Cardinal Newman. Casa Grande is the outright NBL Champion. They are the one seed and will host Rancho Cotate. Maria Carrillo is the two seed and will host Cardinal Newman. First round games will be Wednesday. The two winners will meet Friday.

North Central League
NCL I: Middletown travels to Kelseyville in a 1sy vs 3rd place game. Two games separate these two squads in the NCL I standings. Kelseyville defeated them 5-1 back on April 20th behind a complete game from Jason Gentle.

NCL II: St. Vincent at 21-0 travels to Doyle Park in Santa Rosa Tuesday night to take on Sonoma Academy. On April 20th, these two teams battled and eventually the Mustangs took home a 4-3 victory.  St. Vincent has already clinched the league title, but still playing to stay undefeated. Sonoma Academy has won 5 in a row, and looking to knock off their rival. First pitch is scheduled for 5:30pm at Doyle Park Tuesday night.