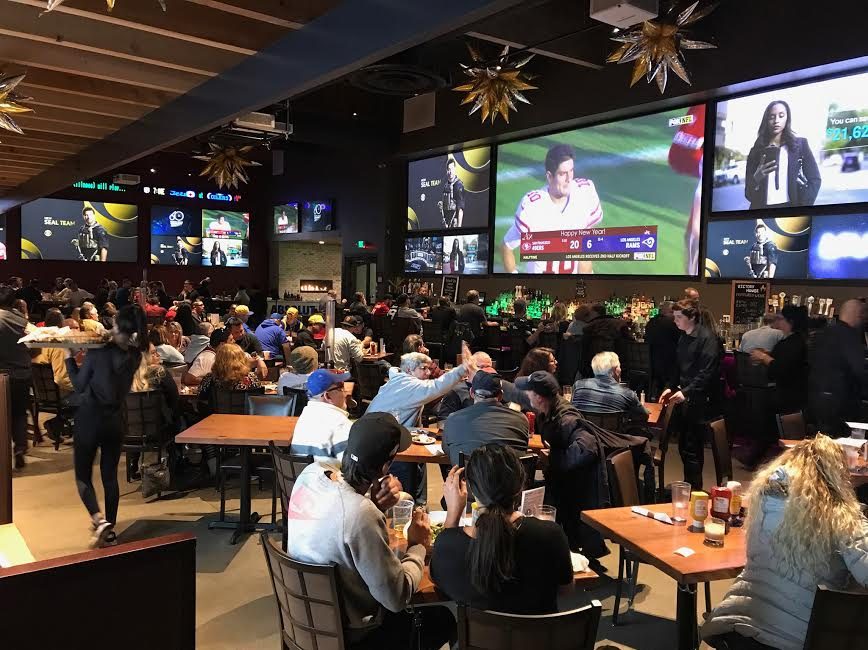 Football season is kicking off this week and you haven’t quite decided where your college football Saturday and NFL Sunday stop is going to be. My recommendation would be the Epicenter.

There are easily 40 TV’s located all throughout from the arcade, to the Rockin’ Jump and Victory House Sports Bar and Restaurant. If there’s a game on, they’re probably showing it. The Epicenter has the standard FOX, ABC, NBC, CBS and FS1 channels in addition to Root and Altitude Sports, along with the Big Ten, PAC 12 and SEC Networks. There is also an option of scheduling a stream for certain games with larger groups. It is near impossible to miss your alma mater or favorite school play on Saturday at the Epicenter.

Football families will love the Victory House, where they will be doing specials on food and drinks for NFL Sundays. TV’s showing Sunday Ticket and RedZone will be accompanied by 128 oz. beer tubes of Modelo or Corona for $40. Each waiting to be enjoyed while tracking your favorite team or fantasy football players that literally nobody but you care about—unless you and a stranger happen to have both started that wide receiver who hauled in ten catches for 120 yards and three touchdowns today.

Dads’ can give Mom the day off by bringing the kids to the arcade, Rockin’ Jump or 7Ten Bowling as every TV at every stop is able to show whatever game you want to watch. There is something for every football fan of every size at the Epicenter on game days.

The 7Ten Upscale Bowling and Lounge will be hosting a bowling league on Monday nights’ during football season. Three giant screens stretching across a 60-foot wall will air the Monday Night Football game so you won’t miss any of the action.

First league games are September 10th and more information on the bowling league is at https://visitepicenter.com/epic-bowl/?utm_source=web-slider&utm_medium=link&utm_campaign=bowlingleague