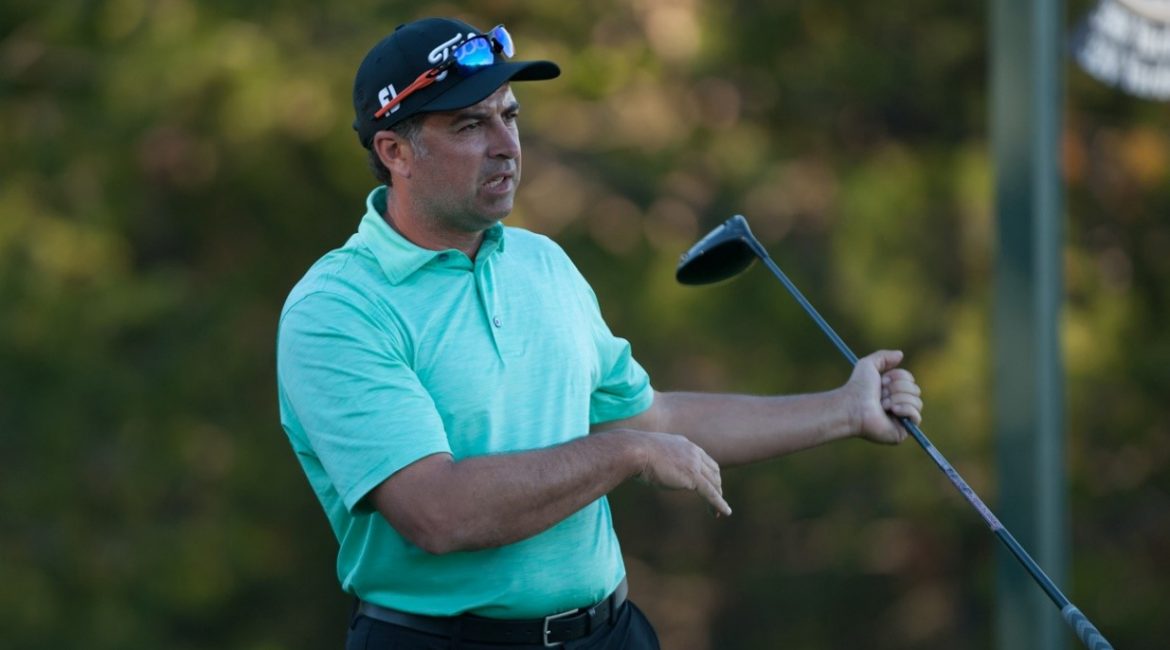 Schmuhl headed for another PGA

Windsor GC head pro Jason Schmuhl rallied to survive qualifying for the 2018 PGA Championship next month with a fourth-place finish at the PGA National Club Pro Championship at the Bayonet Course in Seaside.

“It was a great week,” said Schmuhl. “I started off slow shooting, 76 the first round and then was two over the second round with six holes to play.”

But, he continued, “ I was able to finish strong to make the cut and then kept it going the third round.”

Schmuhl said he has only played in one other PGA Championship, in 2019 at Whistling Straits. Bellerive is located in Town and Country, Mo., a suburb west of St. Louis. It will be the second PGA Championship and third major at Bellerive.

It was also announced that this would be the last time the PGA Championship will be held in August, the event moving to May in 2019.

“I have never played Bellerive before, and based on my performances in tour events so far my chances aren’t great,” he said. “But if I play well I could make the cut,”

Ryan Vermeer, a 40-year-old pro from Omaha, Neb., won the 51st PGA Professional championship, closing with a 1-over-par 73 at the Bayonet Course in Seaside to emerge with a two-stroke edge of Sean McCarty and Bob Sowards.

Schmuhl tied for fourth at 1-under with David Muttutt, with Matt Doyle, Jaysen Hansen and John Kok next at even par.

Determining the low 20 scorers for exemptions into the 100th PGA Championship Aug. 9-12 at Bellerive took awhile with the final spots decided by a seven-hole playoff with five players going for the final five spots.

All former PGA champions are eligible, including Phil Mickelson, Justin Thomas, John Daly, Davis Love III, Rory McElroy and Tiger Woods, as well as a dozen others although not all will play.

The last five Masters champs are also eligible, including Sergio Garcia, Patrick Reed, Jordan Spieth, Bubba Watson and Danny Willett, so Schmuhl will be in some pretty talented company.

Offer is good every Monday, Wednesday and Friday at the course designed by William F. Bell, who also designed Torrey Pines.

If you’ve never played Hidden Valley, it’s worth checking out. The front nine is fairly flat, but the back nine winds itself into the hills, providing challenging holes and challenging lies.

That includes No. 15, with the tee on the side of a steep hill requiring a 250-foot drop to the fairway below. It’s tempting to take out bigger club than you need . . . it doesn’t take that much to reach the fairway and set up a short iron to the green.

Big hitters might opt to fly the big trees to the right, hoping to reach the green, but it’s a high-risk, high-reward effort.

There is a Monday-through Thursday offer – after 10 a.m. — for $35, which includes a round of golf, cart and range token.

The course also offers a “Stay and Play” package for $79, which includes a round of golf, cart and range token and a room at the Pine Casino.

Hidden Valley is about an hour from Santa Rosa, the road is a bit curvy but the views are worth it.

“We run a long-term athletic development (LTAD) program directed towards helping kids learn and enjoy golf, with an emphasis on coordination and skill development. Practices will focus on various aspects of golf: chipping, putting, swinging, rules & etiquette,” according to Jessica and Rebecka, who also have a PGA Junior League as well as being available for individual lessons.

If you have golf-related items to contribute to GOLF 707, please do so. And if you have any golf questions about local courses, etc. send them and we will try to get some answers.

By the way, what’s your opinion on Mickelson’s antics on the green at the U.S. Open???

I think a lot of people, like pros Andy North, Curtis Strange and others over-reacted saying what he did was a disgrace to the game and disrespect for golf when he hit a moving ball on the green.

He was hopelessly out of contention, frustrated at his play and did what he felt afterwards he wished he would not have done.

At first he said he knew what he was doing, was aware of the two-stroke penalty. But whatever, it was somewhat refreshing to see a veteran pro act like a weekend hacker.

Send your items to [email protected]