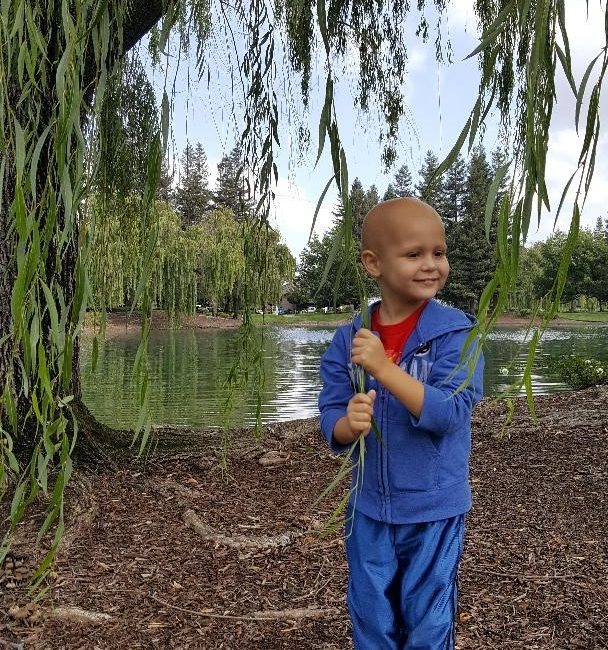 Dax could use your help

Windsor Golf Club is hosting a special event for a special young man on Nov. 10.

“Dollars for Dax” is a night golf tournament to benefit Dax Cohen, a 3-year-old Windsor boy recently diagnosed with leukemia, and his family, Matt and Calla Cohen and 6-year-old brother, Cade.

Matt and Calla are traveling with their son to Oakland just about every week for ongoing and extensive cancer treatments, which are expected to last for three more years.

Sometimes Dax’s treatments require one- or two-week stays in the hospital, and these visits have resulted in a considerable loss of income for the Cohen family due to time off work in additional to medical costs.

“We are eager to help ease the financial burden on this sweet family,” according to Windsor pros Jason Schmuhl and Molly James, as well as the rest of the golf course staff.

In addition to the golf tournament, Windsor will be holding a silent auction with all proceeds going directly to Dax and his family.

“We are seeking donations such as gift certificates, green fees for a foursome, wine, merchandise, etc.,” say Molly and Jason. “We can arrange for a pick-up of larger items that are not suitable for mailing if located in our general area.”

If Dax’s dad’s name sounds familiar, it should . . .he was a standout golfer at Cardinal Newman and Santa Rosa JC, helping the Cardinals win three league titles (1987-90) and all-conference for the Bear Cubs in 1991.

He qualified for his first pro event on the Ben Hogan Tour at age 19,  played 18 years of pro golf on the mini-tour circuit and worked as a PGA pro at San Diego CC, Fountaingrove, Santa Rosa CC and Windsor GC.

“Dak was diagnosed with leukemia last November and is scheduled for chemo another 2½ years,” explains Matt, who owns two local shipping businesses. “He loves balls and sports and we are working on his swing.”

For additional details or to donate or sign up to play, call 838-7888 or email jason@windsorgolf.com

The Petaluma High girls’ golf team is competing in the newly formed Vine Valley Athletic League instead of the Sonoma County League, but not much has changed as far as how the Trojans are playing the game.

Well into their first VVAL season, the girls were undefeated with an eye on the league championship they won last year in the SCL.

The Trojans improved to 8-0 this week – it was their 19th consecutive league win — with a victory over Napa. No.1 Lilly Catarozoli shot a 77 and No. 2 Channing Matthews carded a personal best of 44.

“It’s different,” says coach Chris Jones, who teaches engineering and architecture as well as serving as a yearbook advisor at Petaluma. This is his seventh season as head coach.

“Because we’re seeing four new schools in our league (Vintage, Napa, American Canyon and Justin-Siena in addition to former SCL foes Casa Grande and Sonoma), it means we are playing courses that are new to most of our players.”

But that doesn’t seem to have bothered the Trojans, who have not really had any “close matches,” according to Chris. “We should win the VVAL, but we need to stay focused.”

After the regular season, the Trojans move on to NCS competition – last year Petaluma was able to bypass the first round and go directly to the finals because of winning the SCL title.

“We didn’t fare so well (at Lone Tree) last season, but we gained a lot of experience,” says Jones.

Jones, “grew up around golf” and played professionally on the Nike and other tours as well as competing in too many city tournaments to remember, came to the Petaluma program in 2009 as an assistant to then-coach Paul Cochran, who was also coaching baseball.

“Paul got married and had kids and realized he couldn’t coach two teams, so asked if I wanted to be the head coach,” recalls Chris. “It wasn’t a tough decision . . . being able to coach and teach the girls has been fantastic . . . it’s great to have a break at the end of the school day.”

Jones’ extensive golf background has been a plus in coaching at Petaluma. “We’ve always done well even though the SCL was pretty tough . . . I love doing it and am very passionate about it.”

He thinks his golf background helps . . . he tries to calm players’ nerves because he knows what they are going through, “especially on the first tee.”

Jones, who worked for Sola Optical in Petaluma for 13 years, wasn’t an accredited high school instructor when he started teaching, but his extensive extensive background, including 30 years as a mechanical designer, made it easy for him to get a CTE credential at the high school.

So Chris, who “grew up everywhere . . . my dad kept moving around and we lived in Mississippi, Georgia, Indiana, Florida before I went to high school in Colorado” found a home in Petaluma.

Chris and his wife Cathleen don’t have kids of their own but he has had plenty of “daughters” since getting involved in Trojan golf.

He calls himself “a hands-off coach, who prefers to stand back and watch . . . we can coach but I don’t like to do too much.”

A recent rule change allows prep coaches to actually coach, between tee and green but not on the tee or green. In the past, that wasn’t allowed.

Parents can follow a group, if the course allows it, but they are to remain 150 feet away and “and no talk from the gallery.” Good rule!

We don’t know how much longer Chris will coach at Petaluma, but his decision to do so has meant a lot to the girls’ golf program.

“I’ll be 50 pretty soon and my wife and I want to do some traveling, so it’s hard to say,” explains Chris. “But this has been a great experience and I like to think it has been a good one for our players, too.”

Clinics covering all phases of the game are scheduled to begin Oct. 10 at Oakmont Golf Course.

Under the watchful eye of teaching pro Jessica Reese Quayle, the hour-long clinics are scheduled on Wednesdays at 10 a.m. Cost of each clinic is $35.

The Santa Rosa City Championships are Oct. 27 and 28 at Bennett Valley and Oakmont golf courses.

Deadline to enter is Friday, Oct. 19, at 6 p.m. Practice rounds will be available Wednesday through Friday after 11 a.m.

Entry fee $160, includes green fees and range balls both days. Any cancellation after Wednesday, Oct. 26, will result in forfeiture of entry fee.

First-place trophies will be awarded for the Championship Flight and Senior Division. Gift certificates will be given out for all flights with certificates redeemable at the appropriate pro shop.

Entry fee is $75, and includes 18 holes of golf with a 1 p.m. shotgun start; golf cart; chance to sample beers from four local breweries on the course, and BBQ lunch, which starts at noon.

If you have golf-related items such as upcoming tournaments, clinics, sales, etc. you think golfers would like to know about, please send me the information at bmeadows4sports@aol.com

In addition to those items, if you have a funny or interesting story about your golf exploits or those

of other players, I’d like to see it and possibly pass it along to our readers. That includes golfers you think might make an interesting GOLF 707 story.

And we are always on the lookout for GOLF 707 sponsors, so if you think you might be considering that – we have long appreciated the support of Bill Carson of the Wine Country Golf Group — drop me a line and I can send you the details about the various levels of sponsorship.