GOLF 707: The End May be Near for Wikiup 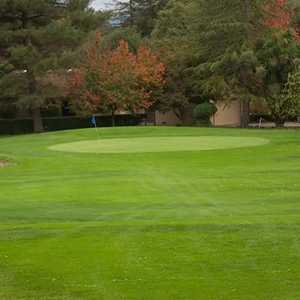 Free golf clinics for veterans
The Northern California PGA Foundation has extended an invitation to veterans from all military branches to attend PGA Hope (Helping Our Patriots Everywhere) Sept. 10.


The free clinic will introduce golf to all veterans “in order to enhance their mental, social, physical and emotional well-being,” according to the NorCal PGA.
The introductory clinic will be held Sept. 10 from 8:30-11 a.m. at the Cypress Lakes Golf Course at Travis Air Force Base in Vacaville. Interested veterans can RSVP to Suzy Schneider of the NCPGA Foundation at Sschneider@pgahq.com or by calling 707-449-4742.
The clinic will be taught by NorCal PGA pros with help from trained volunteers, and includes clubs and equipment, if needed, training aids, range balls and weekly golf course access.
A group of 16 PGA pros participated in a hands-on workshop to learn teaching “adaptive golf” to veterans with physical or cognitive challenges. According to the NorCal PGA, the workshops taught pros “how golf is utilized as a vital element in rehab and recovery.“
Following the introductory clinic, a six-week PGA Hope program will be available for all local veterans to participate in at no cost. The weekly sessions will be at Cypress Lakes Golf Course.
If you’re a vet who may have an interest in golf, or if you know a vet who might benefit from this program, you should check it out.


Impressive outing for Windsor women
The Windsor Women’s Golf Club was one of 32 teams that participated in the Pacific Women’s Golf Association’s Team Play Championship Sept. 1-2 at scenic Bailey Creek GC at Lake Almanor, and the Windsor group prevailed over the talented field.
Each of the 32 four-person teams from throughout Northern California had competed in an earlier qualifier in one of seven PWGA areas to advance to the 32-team finals.
Windsor’s team consisted of Diane Stern, Mary Jane Noble, Michelle Mullet and Kay Robinson, using a format of four-ball stroke play on the par-72, 5,328-yard course where the two best balls of the team created the score.
After two days of play, Windsor posted a 51-under score of 237 to take first place, winning by two strokes. Robinson, who plays to a 12 handicap, led the way with gross scores of 75 and 79.
Windsor’s Darlene Naslund said Robinson isn’t the type to toot her own horn so Naslund did it for her. Good for both of them.
Four Redwood Area teams placed in the top 11, including Windsor, Ukiah, Vallejo and Northwood.

Wikiup GC sold, course may be history
Wikiup GC, a nine-hole course that opened in 1963 north of Santa Rosa, has been sold and the future is uncertain.
A sign on the pro shop door reads: “Golf course has been sold. Annual memberships will be pro-rated or reimbursed for playable days remaining on the memberships. We wish to thank you for many great years of your patronage.”
A quick poll of neighbors Sunday revealed little information and a few people realized the course had been sold. One woman said she had heard the course had been sold to developers, although another woman said she thinks the course is zoned for commercial use and “they might have a tough time changing that to residential.”

I can recall taking my family to play golf at Wikiup, a fun little layout. On Sunday, it appeared the greens were being maintained, but not much else, but Wikiup’s future doesn’t look promising.
Jimmy Stewart, a co-partner for Tayman Park Golf Group (Ukiah, Tayman Park, Fairgrounds and McInnis Park in San Rafael), said he talked with now-former owner Tom Langbein Saturday and was told because of a non-disclosure agreement, he could not say what the new owner has planned.


New look for No. 4 at Little River
It was nice to hear from Terry Stratton, longtime superintendent at Little River Inn GC, a favorite of mine and a course you have probably never played but should check out.
Terry said things are good at the 9-hole layout, despite the drought, as runoff-filled reservoirs have allowed him to keep the course green.
“We’re building a new green on No. 4 the end of September with money raised through the annual course enhancement tournament sponsored by the Men’s Club, with additional funds from the Little River Inn owners,” explained Terry.
Terry reminded me that the last time I played there — in a celebrity tournament along with Duke Snider and Tom Flores among others — the fourth green was — and is for a few more days — “very steep and when green speeds exceed 9.5 it becomes unfair and almost unplayable.”
Additionally, the hole drains poorly and is a “maintenance nightmare” in winter, with the green “turning to mush.”
Golf course builder Jim Duhig from Napa has been called in, with the green to be re-sodded and open for play in a month or two, much faster than reseeding it. “The new surface will be gently sloping with undulations to make it challenging, but fair,” says Terry.
Little River, which opened in 1957, holds the Abalone Invitational Sept. 18-20, and its first disc golf tournament Oct. 10.
Little River GC is a challenging but enjoyable place to play, with spectacular views, and features dual greens on Nos. 7 and 9. Little River Inn, which opened 75 years ago, provides a great place to spend a few days. Go to www.littleriverinn.com for details.

Coming up . . .
The annual Golf in the Kingdom Marathon is scheduled Tuesday, Sept. 29, at Peacock Gap GC in San Rafael.
The popular event is hosted by author Michael Murphy, whose classic 1971 novel, “Golf in the Kingdom,” succeeded in transforming the perception of golf’s spiritual qualities.

The tournament is 18 holes but has been deemed “a marathon” because each golfer plays up to two balls on each shot, with a few holes designated “mystery holes,” where golfers “can expect the unexpected,” such as putting blind-folded.
Joining Murphy will be two California Golf Hall of Fame members, Bobby Clampett and Steve Pate, with Clampett conducting an “Impact Zone Golf” clinic in the morning of the event. Eric Jones, two-time World Long Drive champ, will also be on hand.
There is a hole-in-one contest with $25,000 offered as well as prizes for longest drive, and closest to the pin and also an award for “strangest shot.” The event continues that night with a special “Mystery of Golf” presentation by psychologist Dr. Glen Albaugh.
Registration for “Golf in the Kingdom Marathon” is $350 per player. This year the tournament has added the San Francisco Junior Giants as a beneficiary. The Junior Giants helps 22,000 underserved boys and girls “realize their personal potential by playing baseball.”
For more information, call 888-9213 or go to www.itpinternational.org/gkm2015
— The 62nd Northern California Family Golf Tournament at Golden Gate Park is Oct. 3-4.
For details, go to www.ncfamilygolftourney.com or call 650-588-2911. Deadline to enter is Sept. 15.
— The Frys.com Open looks to draw a stellar field Oct. 12-18 at Silverado Resort.
Rory McIlroy, No. 2 in the world, has signed up, as has No. 5 Justin Rose. Tiger Woods has indicated he will probably play in the event, which is the season-opening tournament on the PGA Tour’s 2015-16 schedule.
Go to FrysOpenGolf.com for more information.
— The 10th annual Forestville Youth Park Outhouse Classic is Friday, Sept. 18, at Windsor GC. Cost is $150 per golfer.
For information, call 707-479-5138 or go to www.ForestvilleYouthPark.org
Let’s hear from you . . .
We would love to publicize your tournament or any golf-related event, and would also love to hear those special little golf stories that make us laugh or make other people laugh with or at us !!!
Email me at bmeadows4sports@aol.com and share your golfing stories with others. And tell your pro to contact us about promoting events at your course. And if you’re interested in advertising on GOLF 707, let us know.
Share