Found this story online and thought our readers might find it interesting.

“A diver in California has stumbled on an unexpected source of plastic waste in the ocean: golf balls.

“As the balls degrade, they can emit toxic chemicals. And there appear to be lots of them in certain places underwater — right next to coastal golf courses.

“Two years ago, a 16-year old diver named Alex Weber was swimming off Pebble Beach along the Pacific near Carmel. “My dad raised me underwater,” says Weber. She’s a free diver: no scuba tanks; she just holds her breath. She was diving in a small cove and looked down and saw something weird. ‘You couldn’t see the sand,’ she recalls, still sounding incredulous, noting it was ‘completely white.’ ”

“White with golf balls. “You looked down and you’re like, ‘What are you doing here?’ ”

“There were thousands of them. “It felt like a shot to the heart,” she says.

“She was offended. Right then, she decided to haul them up. Thus began a Sisyphean task that went on for months: She and her father would haul hundreds of pounds of them up, although golfers would continue to hit more into the ocean.

“She took what she and her father collected back home. “I had all of these golf balls in the garage,” she says. “And they stank.”

“Then she heard about a Stanford University scientist, Matt Savoca, who studied plastic waste in the ocean. She emailed him, and he came to look at her collection.

Savoca was impressed. Weber recalls that he turned to her and said, ” ‘You should write a paper about this,’ and I was like, ‘Matt, I’m 16 years old. I don’t know how to write a scientific paper!’ ”

“‘He said he would help, which meant diving with her. Not easy. “The oceans off California are actually quite cold, so you suit up in a pretty thick wetsuit,” he says. “It’s physically demanding.”

“They took kayaks out to ferry the golf balls back. “Once you recover many, many golf balls, you put them on the kayak,” he explains. Adds Weber: “We’ll have the kayaks so filled with plastic that we’ll end up just having to tow the kayaks — we’ll have to swim (them) to shore.”

“There are sharks in the water there, but Savoca says that wasn’t the real threat. “When we were out there,” he says, “We’d hear, ‘plink, plink,’ and we’d look up on the hill and there’d be golf balls flying in off the course right into the ocean where we were doing collections. Whenever we had good conditions, we were able to pull out between, like, 500 to 5,000 golf balls,” she says.

“Over two years, they found more than 50,000 golf balls. The source: five golf courses. Two along the coastline, and three up the Carmel River — those golf balls rolled underwater down the river to the ocean.

“In the journal Marine Pollution Bulletin, the team notes that golf balls are coated with a thin polyurethane shell that degrades over time. They also contain zinc compounds that are toxic. Savoca points out that the surf and currents act like a rock grinder and break down the golf balls. While chemicals from 50,000 or so golf balls will have only a small effect on the ocean, Savoca says they do degrade into microplastic pieces that marine animals could eat. The team also notes that there are lots of coastal golf courses around the world, so this may go beyond California.

“Weber, now 18 and a published author in a scientific journal, plans to apply to university to study marine science. In the meantime, she is still collecting, and keeping up her web site. She says it is too bad the golf balls sink. If they floated, people would be shocked and outraged. “If a person could see what we see underwater,” she says, “it would not be acceptable.”

I am pleased to pass along more golf tips from local pros and amateurs, and I thank them for their contributions, encourage them to keep them coming and urge others to send me your suggestions.
Remember, there is no such thing as bad advice – well, almost – if you hear or see something that works for you.

Richard Schoellhorn, NCGA course rater
“Pick a spot a foot ahead of the ball to line your ball up with, slow back swing, hit down on the ball (irons) and finish as high above you as you are able.

Val Verhunce, PGA pro and SSU golf coach
“Most golfers are seeking a very simple goal in their swings, “consistency”. However, this simple goal is not as easy to obtain due to the lack of good fundamentals.
Just like learning how to solve math equations or spell words you must understand the function of good fundamentals and be able to execute those fundamentals in order for the task to be successful.
So I ask you, How is your grip? How is your alignment? Is your stance and posture correct? If one of these or a combination of these fundamentals are not up to par, you will automatically draw inconsistency into you swing.
The strength of your fundamentals will allow you to become more consistent. The stronger these fundamentals are, the more consistent your swing will become. It really is pretty simple. Don’t you think?”

Steven Altschuler, who writes “The Mindful Golfer”
“I just posted a new blog on The Mindful Golfer called “Playing Hurt.” There are a few tips within that piece that might work for you. One is on the waggle. Another is on a swing trigger I borrow from Nicklaus. Another is choosing the right tee box for your particular condition and age. And generally the piece is about how to approach playing when ill or injured.
Take a look at it at www.mindfulgolfer.com and pick what you think would work.

“As for my golf tip (other than don’t play, this game will make you crazy!) the best tip I’ve received I got from observation of the best players at our club and pros on TV:
Face the target at the finish. All shots; full swings, half swings, chip shots, etc. The best players don’t swing with just arms or hands, the whole body turns to finish. I have dropped two handicap strokes this year so far and am back to mediocrity from horrible (you got to have goals!). Now if only I could putt!!

Amanda Beeler, Class A PGA teaching pro at Tayman Park
“Here’s a link to one of my teaching videos:

John Berry, Kelseyville golf coach, GM at Adams Springs
“I feel a little bit uncomfortable giving a golf tip to the readers of GOLF 707 simply because I am not a golf professional.

While I had a nice career as an amateur, the closest I came to getting inside the ropes at a PGA Tour event when was as a caddie for Bob Lunn at the Western Open at Beverly CC in Chicago.
My seven years at Beverly as a teenage looper contain many great memories. On occasion I did get to see greatness before its time, having been an also-ran in three Western Amateurs won by Justin Leonard, Phil Mickelson, and Tiger Woods and having been eliminated early in the Irish Amateur, a tournament ultimately won by a teen-aged Darren Clarke.

Nonetheless, as I begin my 37th season as the golf coach at Kelseyville High, I can share with you the very first things I will focus on with those young golfers during our initial weeks of practice.
Obviously I check out fundamental things like grip, posture, and stance. Yet the physical nature of the swing is also a fundamental.

The same philosophy holds true for a punch iron shot from the trees to a full six iron from the heart of the fairway to a driver on the first tee. If your backswing with your driver reaches parallel, then your follow through should be the same. If your right elbow is close to your body on the backswing (for a right-handed golfer), then your follow-through should conclude with your left elbow tucked close to your body.

Keep in mind the simple thought that the swing is a pendulum with solid ball striking attributable to the fact that that your follow through is a mirror image of your backswing.
Finally, always keep in mind that the golf ball has no idea whether you are hitting it or whether Brooks Koepka is getting ready to pound it. Regardless of the difference in your talent level compared to a tour pro, always be sure to accelerate through the ball.

Luckily you only have to read this once. If you’re on the golf team at Kelseyville High, you’ll be hearing these swing themes repeatedly throughout the season. Hopefully these swing thoughts will bring improvement and help you enjoy your time on the links.” 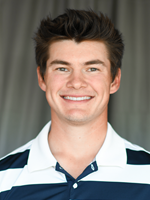 SSU’S Gregg Golfer of the Week…

After claiming individual medalist honors at the Bay Area Invitational, Sonoma State’s Devin Gregg was named CCAA Golfer of the Week for Feb . 20-26.
Gregg, a junior from San Anselmo, used a slow and steady climb up the leaderboard to land in the top spot. Finding himself in 10th after the first round, and a tie for fourth after the second, Gregg fired a third-round 67 to nab an individual victory with a three-round total of 6-under, 210.

He rolled in a tournament-best 13 birdies, with six dropping in the cup during the final round’s back nine from TPC Harding Park in San Francisco. He also carded an eagle on the par 5 12th hole during the tournament’s second round, one of 19 recorded in the 75-man, 14-team field.

Gregg helped the Seawolves to second in the team standings, six strokes back from Western Washington who happened to score a combined six-under in the final round of competition.

A pair of golfers were sentenced to jail time for attacking a father and son playing on a Portland golf course recently.
The Oregonian reported, Matthew Leo received a 45-day sentence and three years probation after pleading no contest to second-degree assault, while Jacob Self got 30 days and two years probation after pleading guilty to the same charges stemming from a May 5, 2018 incident at Rose City Golf Course.

According to a probable cause affidavit, Leo and Self were playing the course in the wrong direction, something Henning and Roland Larson pointed out to them. After the two groups crossed paths for a second time, Leo and Self hit the father and son with golf clubs.

The Larsons suffered welts, lacerations, and broken fingers from the incident, but were able to restrain their pair of 37-year-old attackers with the help of another man until the police arrived. Deputy District Attorney Nicole Hermann said Leo and Self were both heavily intoxicated and Leo claimed he didn’t remember the altercation during a September hearing. 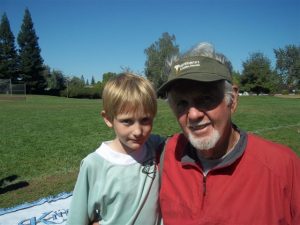 If you have a golfer you know who you think would be an interesting story. Tell me about it. Having trouble with your game? Let me know what it is and I’ll try to get a sensible answer for you from a local pro.
And we would be proud to include you as one of our sponsors – thanks to Bill Carson at Wine Country Golf for his continued support – so if you care to get some details about being a sponsor of GOLF 707, email me at bmeadows4sports@aol.com