Some years better than others . . .

Some years are worth remembering for good reasons.

Others, well, for reasons not so good.

For the Sonoma State men’s golf team, 2009 was a very good year, definitely one to remember, as the Seawolves, with coach Val Verhunce in charge, rallied on the final day to claim the NCAA Division II Men’s Golf National Championship at Loomis Trail GC in Blaine, Wash.

The Seawolves came from nine strokes back to tie San Bernardino, drawing even with the Coyotes on the final hole of regulation, when Patrick Bauer’s bogey topped a double-bogey by CSUSB’s Gene Webster.

SSU went on to edge San Bernardino, 16-17, on the playoff hole – the 18th — with the Seawolves carding four pars and one bogey to three pars and two bogeys for the Coyotes. 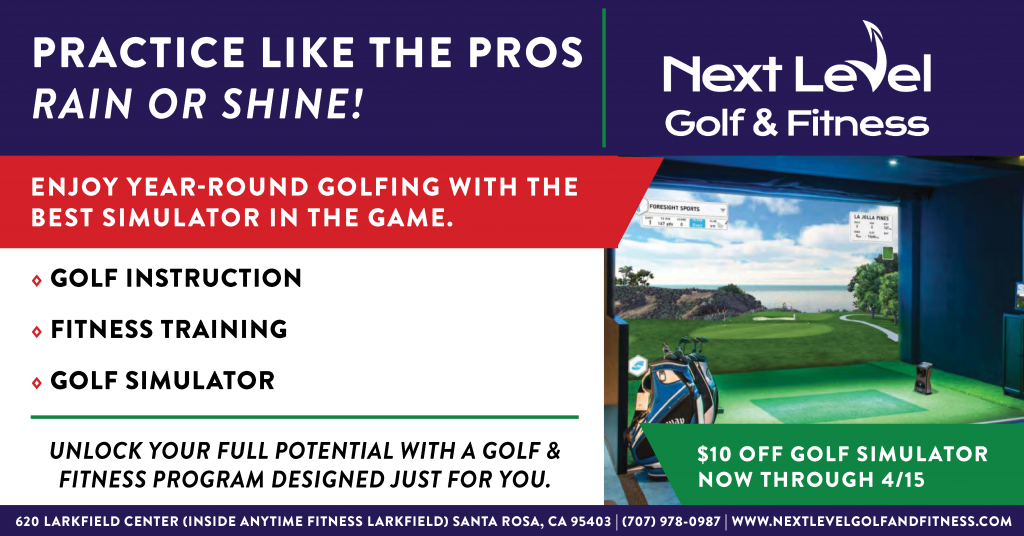 “I tried to keep it simple,” said Verhunce, whose team was in fourth place entering the fourth and final round. “I just told them that no matter the outcome, I just wanted them to do their best . . . that was all I could ask.”

Fast forward to the year 2020, one definitely worth remembering, but not for anything remotely close to why 2009 is etched in SSU history.

In March of 2020, the Seawolves’ golf season – for women and men – was cancelled because of the pandemic. Their last match was March 8.

“It was a CCAA decision, although some schools outside of California found ways to play,” said Verhunce.in his 19th season leading the SSU golf program, adding that D-1 schools continued to compete.

But this past Feb. 8, teams were allowed to begin practice, albeit on a limited basis with SSUs’ administration supporting the plan.

“During the shutdown, the kids could continue to do things on their own,”  explained Val. “We created virtual practice schedules, video drills . . . we had to get creative, to keep kids engaged in relevant things.”

The women played their first tournament Feb.28 at Corica Park in Alameda, finishing fourth, and the men and women both played last week at Poppy Ridge in Livermore.

The Lady Seawolves, led by senior Lexi Nielsen and freshman Brenna Ozel, won at Poppy Ridge, prevailing by 11 strokes. Nielsen was the individual winner, carding six over par for two rounds, including a 73 Monday. Ozel took third with a six-over-par total.

“It’s always a good feeling to win,” said Verhunce. “And they absolutely deserved this one.”

“The guys really responded well in the rain and frigid conditions,” said Verhunce after the team’s first effort.. “Everyone stepped up and that will give us confidence heading into our next events.”

That statement proved prophetic in the Pioneer Shootout at Corica Park March 15-16.

Senior transfer Dylan Otto (Kingsburg) shot a 74 and Gregg and sophomore Griffin Pace (Irvine) were outstanding in the first round, with Gregg carding a three-under 69 and Pace recording a 70.

Despite the good scoring, SSU was 11 strokes behind Western New Mexico after one round. But Friedman turned in an even-par 72 as did Otto,

and Gregg and Pace shot a combined plus-5 to finish to tie for third with even-par for two days as the Seawolves won the event by five shots.

Next action for the men and women is March 29-30 as Academy of Art hosts a tournament at Silverado in Silverado. The final event for the women is April 5-6, the SSU Invitational at Santa Rosa G&CC, while the men’s SSU Invitation at SRCC is April 12-13.

CCAA teams usually have six events, plus fall competition from the previous year that factor into whether they are considered for regional play, but this year there are only four tournaments.

“With only four events, it’s obviously a sprint, not a marathon,” said Verhunce, whose travel plans have required taking five players and a coach in a 12-person van to accommodate pandemic safety precautions. Which means two vans are needed for the two teams, who also cannot stay overnight at tournament sites.

“It’s a small window,” is how the coach described the chances of earning a regional berth, but the Seawolves have made a strong start.

“It’s been great to be back on the course, for me and the kids,” enthused Val., who credited “senior leadership” as the key to making a run for the regionals.

“This team is definitely good enough to move on,” he said, adding that he will find out his team’s fate a week after the final regular-season event. “Our plan is to ‘run the table’ and see what happens.

Is the team good enough to make another run at a national title? Golf, as we all know, is as unpredictable as it is fun to play.