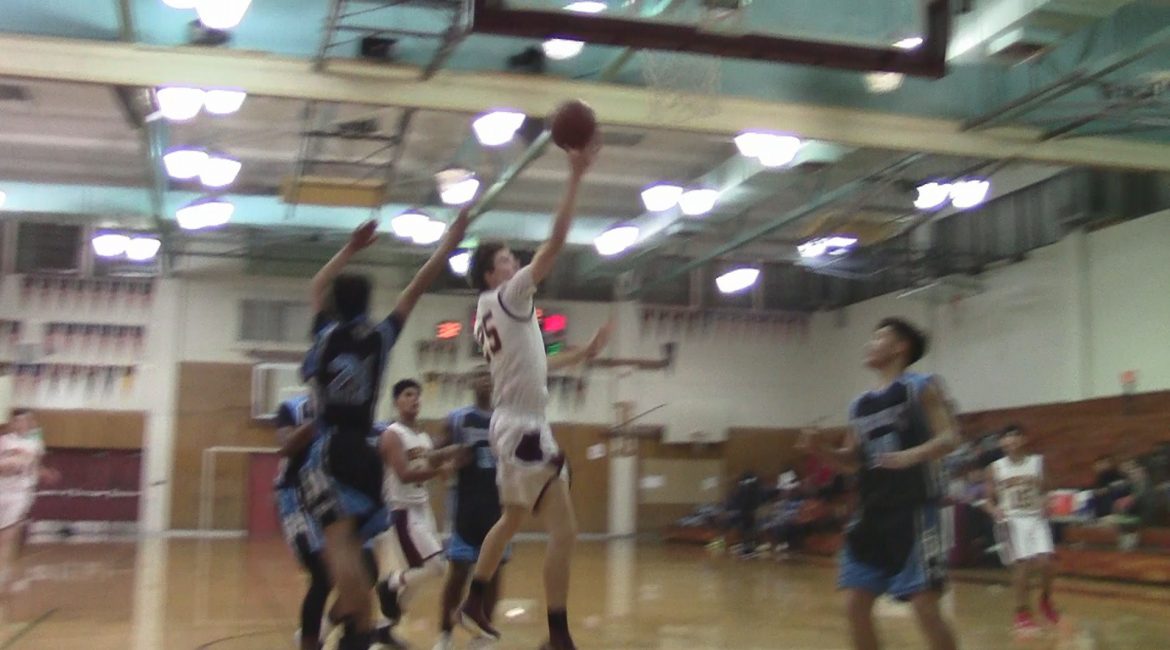 There’s a new tournament in town beginning today. It’s the 1st annual Trojan Classic Round Robin Tournament hosted by Petaluma High School. It’s a boys and girls tournament, featuring 4 teams from each side. The teams will play each other and after the final games, a champion will be decided via record, point differential, etc.

The boys side of the tournament will feature: Petaluma, Elsie Allen, Rancho Cotate, and Capuchino from San Bruno. The girls side will have Petaluma, Santa Rosa, St Vincent, and Foothill from Sacramento.

First, a quick look at the boys side.

The host Petaluma team is off to a 6-2 start to the season. A good win over Santa Rosa highlights their schedule so far. They’ll be led by Esteban Bermudez, and Cole Garzoli.

Rancho Cotate head coach Mike Washington has been working from the ground up for the past couple of years, and is slowly getting up to where the Cougars want to be. 2 wins in the Gridley tourney in the beginning of December, and a 15 point second half comeback win over Windsor in Overtime at the Rose City Tournament highlight some of the big Cougar wins this season. Rancho will be led by sharpshooter Andrew Pengel.

Elsie Allen has a new coach in Johnny Phanchanh. The Lobos sport just one win, in their last game vs Technology, but have had a tougher schedule and always play hard. Lobos teams generally make teams have to work to beat them, even if there is a talent disparity.

The final team is Capuchino from San Bruno. They’re from the Central Coast Section and are a Division 3 school. They’ve only played one team from the North Bay so far, Novato, whom they lost to 48-30.

Now, a look at the girls side.

Host Petaluma is off to a hot start under new head coach Sophie Bihn. A 7-2 record, highlighted by a win over Mt Eden has the Trojans in prime position to compete with Casa Grande for the VVAL championship. Look for Sheriene Arikat and Taylor Iacopi to have a big impact for the Trojans.

Foothill is a Division 4 school from the Sac-Joaquin Section. Just two years ago, they were in the state playoffs. Since then, they’ve fallen on hard times, losing 30 straight games dating back to that 2018 state playoff game vs Dublin.

Santa Rosa is off to a 6-4 start on the season. The Panthers sport a 30 point win over Antioch as their big game so far. Look for Kameron Codding to be the key player for Santa Rosa.

St Vincent de Paul has Jim Fagundes back at the helm for a second stint. A tough strength of schedule so far, having already played Petaluma and Justin Siena from the VVAL, and Branson and San Rafael from the MCAL has their record in a not so good position at this point. They’ll have three more games against bigger schools this weekend. Alexandra Saisi has been the Mustangs leading scorer. Look for her to have a big impact throughout the tournament.