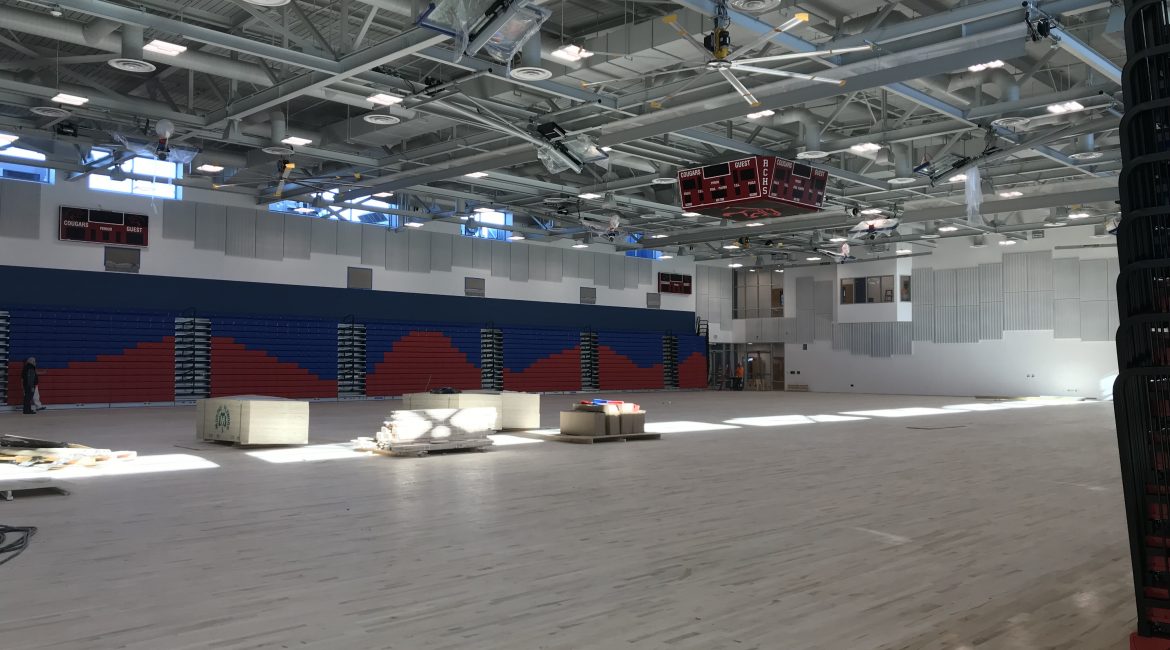 While most were opening gifts earlier this week, Rancho Cotate High School will have to wait just a few more weeks before they can open theirs—a development many years in the making.

The TAG Building (Theater, Academics and Gymnasium) project had its ceremonial ground breaking in June of 2015, and after many months of construction, is finally scheduled to open on March 25th, 2019. The project was made possible after the Cotati-Rohnert Park Unified School District approved two education bonds in the name of “facelifts” for not only Rancho but every school in the CRPUSD.

The building—because it’s not just a gym—will be twice the size of the old gymnasium. In fact, just in terms of square footage, this will be one of the largest school facilities in all Northern California. Multiple classrooms will be called home for digital media and performing arts programs. This means courses like computer animation, broadcasting, dance, drama and music will all have their very own space. In addition to the upperclassmen that are knee deep in the various programs previously stated, all freshman will be guaranteed 1-2 classes in the TAG building, as many of the courses that will be taught there are a part of the “Freshman Pathways” program.

The building will also host various athletic events for sports like basketball, volleyball and wrestling, with a seating capacity of 2,500 to cheer them on. There is a brand-new weight room being installed that will be utilized by all sports teams and PE classes, with home and away locker rooms for both boys and girls that can fit even the biggest of football teams. Quite simply, the TAG building is a modern marvel. It is so big that a production could be put on in the theater while a game is being played in the gym and neither would have any idea that the other was playing out.

Assistant Principle Henri Sarlatte was extremely pleased with the efforts that have made this dream a reality, and the cooperation between staff and students with all the work that is going on. “Construction with the staff and students has been great. There was an initial concern about the possibility of accidents, but there have been zero. There was a safety presentation for all on what to be aware of and who to approach with their questions, concerns and comments.”

The TAG building is about 2/3 of the way to completion, with most of the heavy lifting already taken place. Attention will soon turn to smaller details like finishing painting and landscaping. Simply put, March 25th can’t get here fast enough.