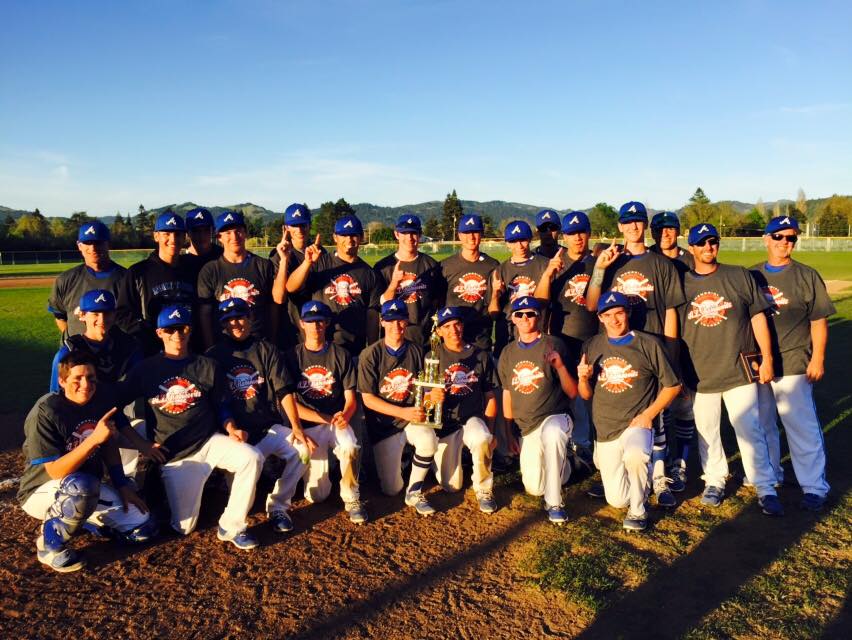 No. 1 Maria Carrillo (6-1)…The defending NBL champion begins the rankings where they ended last season, at No. 1.  It will be interesting to see how they do in the power packed Boras Classic this week.
No. 2 Cardinal Newman (8-3)…Except for a couple of games, pitching has been solid.  In eight wins they have given up nine runs.  Best moment of the year has already happened.  That is when they met Duane Kuiper and his World Series rings
No. 3 Analy (6-4)…The two time defending SCL champions won three tight games to take the Rabinovitz Tournament Championship.  They won the opening round game in extra innings against Montgomery and followed that up with two one run wins.  Analy is 4-1 in one run games.
.
No. 4 Casa Grande (5-5)…Were four outs away from pulling out a win over Maria Carrillo.  One of the losses was to Vintage 4-3.  Vintage is a Division 1 team that is 13-1 and has handed Maria Carrillo its only loss.  It is part of a brutal schedule.  Teams they have lost to have a combined record of 30-7.
No. 5 Petaluma (4-5)…Lost four of five to start season, including losses to Maria Carrillo and Casa Grande.  They won three straight before losing Rabinovitz Championship game to Analy. .
No. 6 Clear Lake (8-0)…Has a good portion of a team back that went 20-7 last season, including three pitchers.  They have scored in double figures four times and the most runs they have given up are three.  Clear cut favorite in NCL I race and one question this season will be how good is this team?
No. 7 Piner (6-4)…Lost to Analy 1-0 in the second round of the Rabinovitz tournament, which is one of three one runs losses.  They split one run games with Ukiah and open up SCL play against Petaluma on Tuesday
No. 8 Ukiah (7-4)…They also have become used to playing close games.  Five of first eleven games have been decided by one run, three of those going extra innings.  They are 3-2 in those games.
No. 9 El Molino (8-4)…Two of the four losses were by one run, including to 8-1 Saint Mary’s.  They are coming off a season they finished over .500 for the first time since 2009.
No. 10 St. Vincent (6-1)…The NCL II looks like an interesting race.  St. Vincent gets the nod here because they are defending champions.  They have scored at least seven runs in all their wins.
UPCOMING WEEK
In most sports everybody in each league usually starts its race at the same time. With the roving Spring Breaks, that isn’t the case for the North Bay League in Baseball. For example Maria Carrillo and Rancho Cotate have played two league games, while Montgomery and Windsor haven’t played any.  By the end of the week each team will have played at least one league game.
The Sonoma County League starts its league play this week and Petaluma has a big week.  On Tuesday they open league play at Piner and then on Saturday they host Analy.  In between they have a non-league game as they  travel to 8-1 St. Mary’s.  That game is on Friday.
My email address is jacpasquini@comcast.net
Share