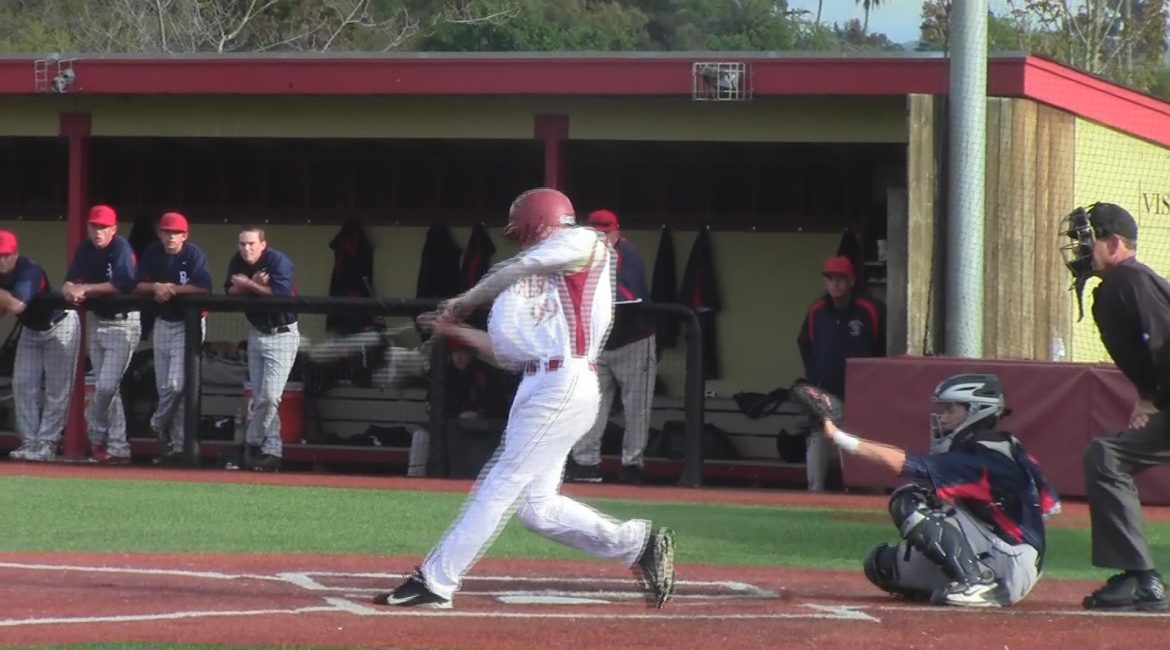 The weather scores a decisive victory.

It wasn’t a complete washout like on Tuesday, but pretty close.  Four local games were played which frankly were four more than was expected.

Two of the games were played on the fake stuff, while the other two makes you wonder how.

One of those two on the wonder list was No. 1 Petaluma defeating Elsie Allen 12-2.    Three players had three RBI.

Petaluma is 10-3 overall and 3-0 in SCL play.   They have actually played four games when you include the suspended game with Analy.    The other two games scheduled were No. 4 Analy at No. 8 El Molino and No. 9 Piner at Sonoma Valley, which they will try to play Saturday Night.  No announcement on when the Analy-El Molino game will be played.

The other which makes you wonder how was in the NCL world as Kelseyville went on the road and defeated Middletown 12-7 in a game that went eight innings.  Middletown scored three runs in the bottom of the seventh to force extra innings, but Kelseyville had its second five run inning of the game to win it in the ninth.

The fake grass came in handy for two games, one softball and one baseball.

The softball game featured St. Vincent, who scored 13 first inning runs in a win over Upper Lake to raise its record to 2-7.   The two time defending NCS Division 5 champion has gotten off to a slow start, partly because the members of the basketball team were late in joining the team.   The slow start hasn’t affected league play, as that was its first NCL II game.

Jeff Rebello went 5 2/3 innings to get the win.   It wasn’t an easy outing though as Rancho Cotate left ten runners on base, including six in the last three innings.   Alex Roeser pitched to one batter in the bottom of the seventh and got a bases loaded strike out to pick up the save.

Besides going the 5 2/3 innings on the mound, Rebello led the offensive attack for the second straight day.  With the game a 1-1 tie in the fifth he led off with a single, stole second which was his team high fourth of the season and scored on an RBI single by Casey Mansen.   One inning later Rebello wrapped up a three run rally with a sacrifice fly.

Rebello got his season average back to .500 with the two hit day and has a 3-1 pitching record.

Cardinal Newman has won four straight and seven of eight to raise its overall record to 8-5.    They are 4-0 in NBL play.  The only other undefeated team in NBL play is No. 2 Maria Carrillo who is 3-0 and had a home game with Ukiah postponed and rescheduled for Tuesday April 22nd.   Maria Carrillo has a non-league home game scheduled with Liberty at noon today.

The other two NBL games postponed were Santa Rosa at No. 3 Casa Grande and No. 10 Windsor at No. 7 Montgomery.