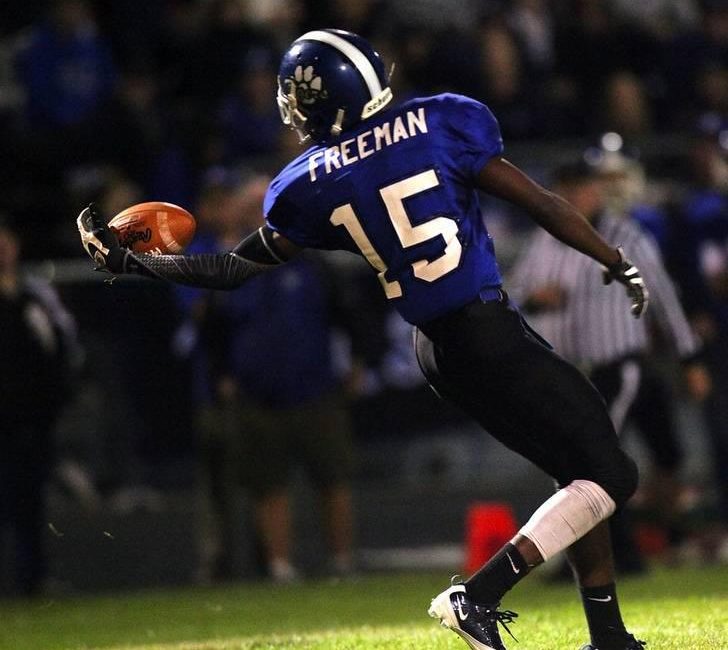 Can we hold off rushing into a new season and savor the old one?

The 2012 football season will be compared to any good team that Analy has in the future.    The season started with a 63-6 win over Maria Carrillo and didn’t end until the semi-finals of the North Coast Section playoffs, when they dropped their only game.

The outright SCL championship was the school’s first.

They won their first NCS playoff game since 2009.

They added a second NCS playoff win for the first time in school history.

While 2012 was a new look because of realignment, 2013 has some new looks with new coaches for three of the seven teams.

The league took a hit with realignment and it showed.  Analy was the only team that finished over .500 in non-league play and overall the league went 8-20.  Analy and Sonoma Valley were the only playoff teams and the only teams to finish over .500.

Analy will try to become the first non Casa Grande team to defend its league championship since Healdsburg did it in 1994-95.

With only seven starters returning, The Tigers will have a new look, including at quarterback.

One of the returning players is Junior Running back Ja’Narrick James who rushed for 660 yards and 10 touchdowns, which were both second on the team.   James also caught one touchdown pass and returned four kicks for scores. His 15 touchdowns were third on a team that averaged 47 points a game.

Also returning to anchor the defense is Jacob Hicks who was named SCL Lineman of the year.

They should also get help from a JV team that went 9-0-1.

It is the sixth year for Head Coach Dan Bourdon.  In each of the first five seasons he has led Analy to playoff football.

Analy doesn’t sneak into the schedule, hosting Division 1 power Pittsburg to kick off the season. Pittsburg is one of the best programs in the North Coast Section.  They just have the unfortunate problem of having to beat De LaSalle every season to win an NCS Championship.

Next are games against Maria Carrillo and Miramonte, who they started the season against last year, before going to the opposite end of Pittsburg as far as strength of schedule goes.  They end the pre-league portion of the schedule with a trip to Hayward to meet Stellar Prep who is a Division 5 school and went 2-8 overall 1-6 in NCL II/Bay Counties League play.

The Dragons have a new coach for the first time in three decades with Bob Midgley taking over for Mick O’ Meara who retired.  O’ Meara, along with defensive coordinator Mike Mulas, both stepped down and they went out with a bang, winning its last five regular season games to finish second and qualify for the NCS playoffs.

The schedule is very similar to 2012.  The first game is on Saturday August 31st, when they travel to Larkspur to meet Redwood.   That will be the first of three games against Marin County League teams.  The other two teams are Terra Linda and San Marin, which was a 2-1 start in 2012.

Sonoma Valley host defending champion Analy in its first SCL game on September 27th.  That is how they opened the 2012 season, traveling to Analy, and losing its only SCL game 47-26.

The Dragons were the second ranked scoring offense in the SCL, scoring at least 28 points in four of the last five games that ended the regular season.    The offense was led by quarterback Dan Deely, who returns for his senior season.   Deely passed for over 1,500 yards and threw twenty touchdown passes last season.  He has also rushed for double figures in TD’s in each of the last two years, while gaining almost a combined 1,000 yards.

The Dragons have two other first team all-league members returning.  One on offense is lineman Mathew Robinson.  On defense its defensive back Ed Pomeroy.

Head Coach Rick Krist is entering his fourth season at Petaluma and will be trying to stop a pattern.  Each season he has started with four non-league losses.  That hasn’t related to a bad league season.  In two of the three seasons they went 4-2.

The pre-season schedule has had a major change and although tradition takes a pounding again, it is a good change for Petaluma.  The Trojans don’t have Rancho Cotate on the schedule for the first time in memory.  Replacing them is Jefferson, a school from Daly City, who has won three games in the last two years.

Petaluma offense has traditionally more of a running team than passing.   In 2012 they took it to a different level averaging over 200 yards a game rushing and a little over 10 passing.

They shared the ball with the running game.  Seven players rushed for over 100 yards on the season.   Four of them are returning as is quarterback Patrick Bailey who completed the 22 passes.

Petaluma had that glorious season in 2009, when they went 12-1 in Rick Ellison’s last season.  That is the only time they have finished over .500 since 2005, although they have been over .500 in SCL play four times including last season.

After opening the season with a home game against Santa Rosa, they go on the road two straight weeks against Marin County League teams Tamalpais and Terra Linda.

Piner has the first break of the new school year.   According to the NCS Website the student count at the school is 1,000, which is exactly the most you can have to be a Division 4 team.   One more student and they would have been in the power house Division 3.

You are probably wondering why we are talking NCS playoffs in the Piner part of the preview anyway.  While the 4-6 and 3-3 records of last season would be disappointing for many programs, for Piner it was a step in the right direction.  It was the first time they won more than two games since 2005. Had they been a Division 4 team last season , they would have been an NCS playoff team.

How much the record showed improvement it could have been better.  Piner also had a couple of “if” games that could have gone the other way.  They also gave Analy its closest SCL game of the season and actually outscored its opponents for the first time since 2003.

So there were a lot of positive signs.

They do have some talent coming back led by quarterback Noel Hernandez, who will be starting for the third season after averaging nearly 300 yards passing a game and throwing 32 touchdowns in 2012.

Piner will be a young team on defense with three sophomores and five juniors getting a lot of playing team.    A lot of those players come from a JV team that match’s Analy’s 9-0-1 record in 2012.

Piner opens the season with home games against Ukiah and Richmond.  Those two teams combined for three wins last season, so Piner will be in the unusual position to be a favorite in those games and a 3-1 start is not out of the question going into the SCL opener, which is a home game against Petaluma on September 28th.

The post Tom Kirkpatrick era didn’t start well for Healdsburg as they finished under .500 for the first time overall since 2004 and in SCL play since 2003.

Healdsburg has some talent returning including running backs Jared Walker and Trystan Cleaver who combined for 2,000 yards rushing in 2012.    Walker was also named to the first team All-League defensive team because of his play at linebacker.

A good start is a must for one of the combinations for a shot at the NCS playoffs.   They open the season at home against Fortuna, which is one of three Division 4 teams they meet in the first four games against non-league teams.  Healdsburg is a Division 4 team and a .500 record against teams from that division is a qualifier.  They end the season against Piner and El Molino who are the only Division 4 teams in the SCL.

Randy Parmeter takes over as head coach, the third one at El Molino in the last four seasons.

The excitement of the 7-5 season in 2010 when they finished over .500 for the first time since 1997, has changed to a program trying to get back on its feet.

The schedule doesn’t do the Lions for a promising start.  Three of the four pre-league games that start the season are against 2012 NCS playoff teams.  The only one that didn’t is Willits, who they host in the opener.   In Week 2 they travel to Justin-Siena the NCS Division 4 defending champion.

The move to the SCL didn’t help much.  In fact it was a little worse.  They went 0-10 for the third time in four seasons and only scored in three of the games.

Also for the third time in four seasons they have a new coach.  That is Madison Lott who is also the Varsity Basketball coach.

Three of the four pre-league games are against the NCL world.