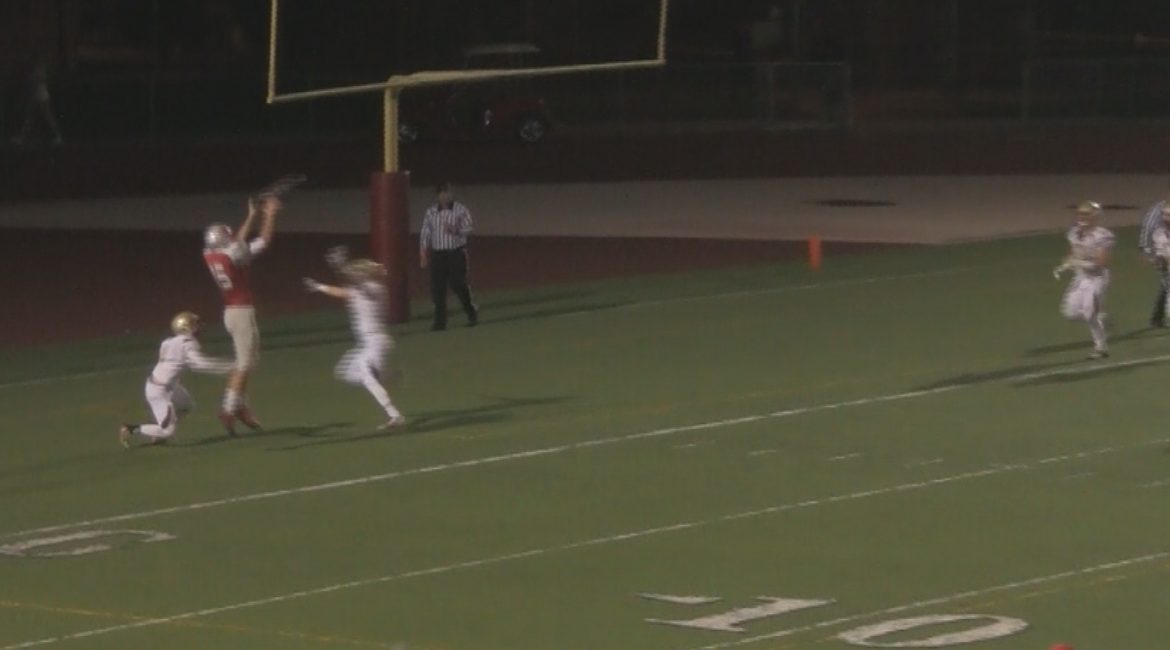 This version of the top ten had it’s biggest shakeup of the season.  There are eight changes this week.
One of the changes isn’t at No. 1.
As far as tie-breakers for league titles go I took for granted that head to head is the first tie-breaker for any league.   That turns out not to be true.  The NBL’s first tie-breaker is numbers drawn at the beginning of the season.   I am trying to find out the rest of the league’s tie-breaker rules.
Each league we cover could end up in a tie.   The tie-breaker system could be huge if they two teams meet in the playoffs for home field advantage.   In each of the leagues the co-champions could meet.
Any team that ends up tied for a league champion is considered a co-champion by the leagues and would get a pennant.
No. 1 Analy (8-1) (Last Week No. 1)…The Tigers go for their third straight outright SCL Championship when they finish the regular season on Friday at Petaluma.   In the Division 3 power rankings, they are behind Cardinal Newman and ahead of Rancho Cotate.  Petaluma also is in Division 3, so they can’t take that game for granted.
No. 2 Rancho Cotate (6-3) (3)…Goes into the final week tied with Cardinal Newman for first in the NBL race.  Head to head doesn’t matter in the NBL tie-breaker.   Cardinal Newman has the better number, so they win tie breaker with Rancho Cotate.  So they will be Windsor fans on Friday.
No. 3 Cardinal Newman (6-3) (4)…All systems are go for the Cardinals, who has won five of six.  The only loss was that overtime game against Rancho Cotate.  The 38 points against Rancho Cotate was the least amount of points they have scored during the six game streak.  Cardinal Newman wins the tie-breaker with Windsor so if they should lose and Rancho Cotate gets upset by Santa Rosa they would still be league champions for playoff consideration.
No. 4 Fort Bragg (7-2) (7)… The offense has been the headline for the team this season, but the defense came up big in the huge road win over Cloverdale that puts them on the verge of at least a share of an NCL I championship.   The NCL I could have as much as a four way tie for first.   For that to happen Fort Bragg would have to lose on Friday.   They are a big favorite against Clear Lake.
No. 5 St. Helena (8-1) (5)…Nice rebound from first loss of the season.  They don’t have a gimme when they end season at Cloverdale.  In the Division 5 power rankings, they are still the highest ranked team in the NCL II sitting at No. 2 behind Salesian.
No. 6 Maria Carrillo (5-4) (NR)…It isn’t easy trying to figure out this team.  They are 2-1 against the three teams that have a chance for a championship pennant, but don’t have a chance themselves.   A top four seeding in the Division 2 playoffs isn’t out of the question.
No. 7 Petaluma (7-2) (8)…Had the week off as they prepare to shock the world when they host Analy this week.  A win over Analy will give them a co-championship.  Analy is the kind of team they will meet in the first round of the NCS Division 3 playoffs.
No. 8 Windsor (7-2) (2)…It is bad timing for a two game losing streak.   They can still get a share of the NBL Championship if they get some help.  The two losses don’t seem to be hurting them in the Division 2 power rankings.
No. 9 El Molino (5-4) (10)…They are right in the wild battle for second place in the SCL race. They can help their chances for a home playoff game with win over Piner Friday Night.
No.10 Casa Grande (3-6) (NR)…Welcome back.   Winning three of the last four has put them right into the playoff conversation.  A win over Montgomery and they just get a home playoff game.
HONORABLE MENTION…Cloverdale, Montgomery, Piner

PLAYER OF THE WEEK
Alex Netherda, Maria Carrillo…Gets the honor for the second  time in three weeks.   It is the second time in three weeks Maria Carrillo has had a league changing win.  That is not a coincidence.   In the win over Windsor when the game changed he wasn’t to far away.  Whether it was part of his 102 yards rushing or taking a swing pass 85 yards for another score.   He also had two interceptions and led the team in tackles.
My email address is jacpasquini@comcast.net
nbl football,redwood empire rankings,scl football
Share